Superabsorbent Polymer (SAP), one of NIPPON SHOKUBAI’s core businesses, shows steady growth of demand as a key material of disposable diapers. To accommodate growing demand and verify our advanced technology, the new SAP plant in Himeji is currently under construction, which was already announced last year and is scheduled to be completed in June 2016 with a capacity of 50,000 T/Y.
NIPPON SHOKUBAI has studied bigger expansion overseas applying the technology innovation in Himeji, based on the long term business plan, called “Reborn NIPPON SHOKUBAI 2020” and has decided on 11th May 2015 the investment of SAP and AA at NSE. 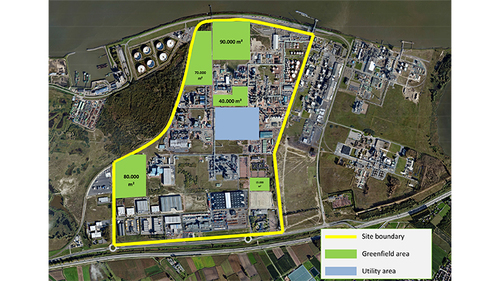 “We newly constructed a plant of AA which is the main raw material for SAP, although we had produced only SAP at NSE before. Now we are able to produce AA and SAP consistently here, and this vertic...

With this new plant at NSE, Nippon Shokubai group’s global SAP production capacity will be 710,000 metric tons per year and Nippon Shokubai will enhance its position as one of the world top supplie...

The total investment cost (TIC) of the installation is approximately $390 million (350 million Euros). The project is scheduled to be mechanically complete in October 2017.