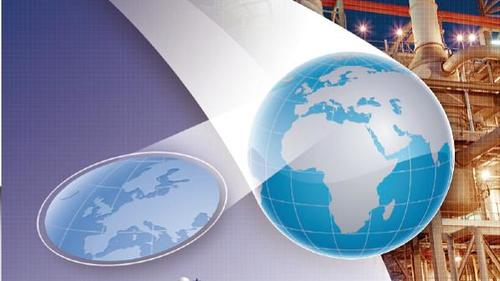 For well over 100 years, Europe has been the world's leading chemicals manufacturing and exporting region but this position has been challenged by the exponential growth in Asia. During the past 10 years, we have witnessed the shifting of the center of gravity of the global chemical industry eastwards to areas such as the Middle East, China, India, and Asia as these countries have become the preferred focus of attention of investors. The huge volumes of new production capacity that have been brougt onstream or are under construction in these regions will have a significant impact on the leading position that Europe has so far enjoyed.

At the same time, Europe has not found itself completely out of favor in attracting chemical investment. A mature chemicals-producing region, Europe has benefited from substantial ongoing investment in expanding and debottlenecking existing plants, and modernizing plant operations. The result is that Europe has been steadily consolidating and strengthening its manufacturing base, which has helped to position the region to meet the challenges it has faced since the onset of the global economic crisis.

The global economic crisis and its consequential effects on the global chemical industry are resulting in a shake out of production capacity worldwide. Many older, smaller chemical plants will be the victims of this shake out, but most of these are expected to be non-integrated plants. However, plants located in large integrated sites or clusters have a greater chance of survival due to the considerable cost benefits of these plants. In this respect Europe enjoys a special position in the global industry because of its strong integrated sites and clusters.