The £350 million Vivergo bioethanol plant in Hull was officially opened today by the Rt. Hon Vince Cable MP, Secretary of State for Business, Innovation and Skills. The new plant is the UK’s biggest bioethanol producer and largest single-source supplier of animal feed providing valuable commodities that the UK would usually import.

The Vivergo plant, a joint venture between AB Sugar, BP, and DuPont, will produce 420 million litres of bioethanol a year at full capacity, equivalent to a third of the UK’s current demand. Bioethanol is a renewable transport fuel which is added to petrol.

Vivergo will also produce 500,000 tonnes a year of protein-rich animal feed for the UK market, which is sufficient to feed around a fifth of the UK’s dairy herd.

Using animal feed grade wheat, which previously would have been exported, Vivergo will become the UK’s biggest wheat buyer, taking 1.1 million tonnes a year. The company’s aspiration is to source its wheat primarily from farms in Yorkshire and Lincolnshire.

Vivergo’s bioethanol will offer greenhouse gas savings in excess of 50% over standard petrol; this is equivalent to the current emissions of more than 180,000 UK cars a year.

Business Secretary, Vince Cable said: "Energy is critical for the UK's growth prospects. As part of the Government's industrial strategy we are working closely with industry, including the energy sector, on long term plans to develop stronger supply chains, encourage future billions of investment, secure thousands of jobs, support skills and research and development.

"Vivergo is a good example of how joint ventures, using the financial support and expertise of big companies, can not only create local jobs but also help meet the energy security and fuel demands of our country and support local farmers."

David Richards, Managing Director of Vivergo, said: “Our business is a great example of sustainable economic growth, ensuring that valuable commodities such as bioethanol and animal feed which ordinarily would have been imported are produced here in the UK.  We are proud to be the first major renewables investment to become operational in the Humber region, cementing its position as the UK’s Energy Estuary. We can already see the evidence of the sustained legacy our business will have locally, through the highly skilled jobs created and the £60m we’ve contributed so far though our supplier contracts.

“Our location right on the Humber is ideal; we’re at the heart of the UK’s wheat belt which offers some of the best yields in the world, and our channels for distributing the bioethanol either by ship or by road to depots where it is blended with petrol, are second to none,” he added.

The Vivergo plant is a brownfield re-development project built on a 25 acre site within the Saltend Chemicals Park near Hull.

Now operational, the plant employs around 80 full time highly skilled people and is estimated to support over a thousand additional jobs through its supply chain. Wherever possible, Vivergo is committed to employing local people.  Working in collaboration with JobCentre Plus, local authorities and training providers, a recruitment programme was created gto give a number of unemployed people training and on-the-job experience of working with Vivergo. Six of them have been offered permanent roles and now operate state of the art biofuel production techniques at this world-scale plant.

Dr Mark Carr, Group Chief Executive, AB Sugar, said: “We are proud to be supporting this world-scale bioethanol facility in Hull.  This highly efficient plant will significantly contribute to the production of food and fuel in a sustainable way, the UK’s 2020 renewable energy targets and the UK economy and growth, particularly in the Humber area.”

Phillip New, BP’s Vice President for Alternative Energy, said: “The start-up of the plant is important to the UK, environmentally, socially and economically. Vivergo is one of Europe’s most sophisticated ethanol plants – and it is a great example of today’s biofuel technology turning the starch from wheat into ethanol and producing high-quality animal feed as a co-product.”

James C. Collins, President of DuPont Industrial Biosciences said: “While the demand for transportation energy will continue to grow, the supply of affordable petroleum will not. To meet the needs of a growing population, we need to use existing resources more effectively and find better ways to harness renewable energy sources, like those that come from agriculture.  Vivergo brings just such innovation to the marketplace in both the fields of energy and animal nutrition.  We are proud to partner with BP and AB Sugar to bring state-of-the-art science and technology online.” 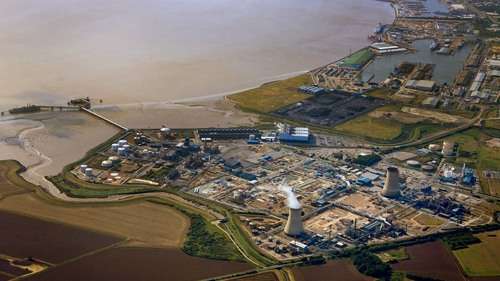