In a challenging economic environment, Total is continuing to work to secure the future. As part of its efforts to do so, upgrading of its industrial base remains a priority. The Group has therefore planned to invest more than 1 B€ in refining, petrochemicals and solar energy in France.

The planned investments will create an average of over 1,000 jobs a year between 2009 and 2011, which will have a significant impact on economic activity and employment of the regions concerned.

Total is also pursuing its growth in solar energy and, in partnership with GDF Suez, it plans to build a plant in the Carling region in eastern France to manufacture silicon wafers for the photovoltaic industry. The initial investment for the plant, which will employ approximately 100 people, is estimated at 70 M€.

No layoffs are planned. Over a period of more than three years ending in mid-2013, the workforce will be gradually rescaled, by 555 positions, through internal placement, retirements, a dedicated early retirement plan, and the introduction of a furlough system.

Adapting Total’s Refining Base in France

Total Refining & Marketing division today announced an industrial plan at a special meeting of the Central Works Council to adapt its refining base in France, primarily by reconfiguring the Normandy refinery and rescaling certain corporate departments at its Paris headquarters.

The Normandy refinery project will shift the production emphasis to diesel, as oil consumption diminishes and gasoline surpluses increase in France. Some 770 M€ will be spent to upgrade and reconfigure the facility, reducing its refining capacity to 12 million metric tons a year from 16 million tons. At the same time, the distillate hydrocracker (DHC) commissioned in 2006, which enables diesel production, will be upsized.

These investments will lift the annual average diesel output by 10% and reduce surplus gasoline output by 60%. A significant number of jobs will be created for the contractors who perform the necessary work. The reconfiguration will also reduce carbon emissions from the refinery by approximately 25%, or 1 million tons a year.

Total is not planning any layoffs and is committed to finding appropriate solutions for the employees concerned by the 249 jobs that will be lost by 2013, with an emphasis on internal placement.

Implementation of this project, which is concurrent with but not linked to the Total Petrochemicals France plan, is subject to prior consultation with employee representatives from the Unit of Economic and Employee Interest of the Downstream segment.

At a special meeting of the Central Works Council today, Total Petrochemicals France presented a plan to upgrade its most efficient units and consolidate the company to safeguard its competitiveness, in response to the structural deterioration of its markets, which are burdened with lasting overcapacity.

As part of the project, approximately 230 M€ will be invested to bring to the most efficient level the energy efficiency and competitive strength of the steamcracker and high-density polyethylene (HDPE) unit in Gonfreville and to consolidate polystyrene production at the Carling facility.

It will also lead to the closure of structurally loss-making units — a low-density polyethylene line in Carling in eastern France and a low-density polyethylene line and a polystyrene line in Gonfreville in northwestern France. The plan will streamline production facility organization, concentrate customer technical support â¿â¿ currently provided in part from Mont in southwestern France â¿â¿ at the Feluy complex in Belgium, and rescale Paris headquarters operations to the company’s new scope. The Lacq Research Center in southwestern France will be expanded to focus on state-of-the-art activities for all of Total’s businesses.

Furthermore, following the sole customer’s termination of the supply contract for secondary butyl alcohol produced at the Notre-Dame-de-Gravenchon facility in northwestern France, Total Petrochemicals France will have to close this dedicated facility.

Total is not planning any layoffs and is committed to finding appropriate solutions for the employees concerned by the 306 jobs that will be lost through 2012, with an emphasis on internal placement.

Implementation of this project, which is concurrent with but not linked to the Total Refining & Marketing plan, is subject to prior consultation with employee representatives from Total Petrochemicals France. 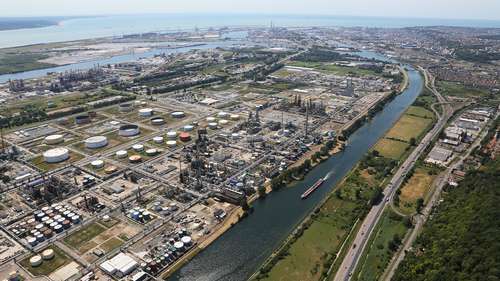