Terneuzen, the Netherlands – VoltH2 has  signed a cooperation agreement in advance of a long-term Lease Agreement with North Sea Port Authority, securing a suitable industrial plot of 30.000 m2 in the Terneuzen port area. VoltH2 commenced the initial planning and pre-engineering development work for a 25MW green hydrogen plant with tube-trailer loading and distribution facilities.

Expandable beyond the initial production capacity

VoltH2 plans to deliver an initial 25 MW electrolysis plant using proven, commercially available technology. The plant will produce up to 3.6 million kg (3,600 tonnes) of green hydrogen annually, thus contributing to sustainability goals in the North Sea Ports area. This amount could easily be doubled or trebled through an increase in future electrolyser production capacity.

The project location is accessible by road, rail and waterway to support the supply and distribution of green hydrogen to off-takers and consumers in the region. For the first phase of the project the required investment amount is estimated at between €35 and €40 million Euros.

The site is strategically located in the Axelse Vlakte in Westdorpe, Terneuzen. In an area with significant local demand for H2 consumption, there are also some nearby heat offtake opportunities to explore. The project site synergies include close proximity to an existing Bio LNG producer, two Bio Steam and Bio Ethanol production related projects that are being considered for development nearby. This would create one of the first advanced fuels production clusters in The Netherlands,  generating significant synergies between these diverse forms of fuel production and the use of green H2 as feedstock and as a fuel.

“Our partner Virya Energy bring with them a vast amount of knowledge gained in developing practical green hydrogen applications, and continue to be at the forefront of innovation with regards to developing and adopting renewable and sustainable energy practices”, says Andre Jurres, VoltH2’s Managing Director.

The Benelux region, and especially its Ports and Harbours, plays a historical and leading role in the usage of hydrogen in the world, and now governments are working hard to support the energy transition towards low-carbon alternatives to fossil fuels. The Dutch, Belgian and Flemish governments all play a crucial role in creating the framework to ensure that the adoption of green hydrogen usage has the requisite economic support system that it needs to meet the EU targets by 2050.

Daan Schalck, CEO North Sea Port: “NSP is focussing constantly harder on the energy transition, the new green hydrogen plant of VoltH2 in Terneuzen contributes to this transition and offers lots of possibilities for companies located in the industrial park Axelse vlakte.  North Sea Port is reinforcing its position as such as hydrogen hub in Western Europe.” 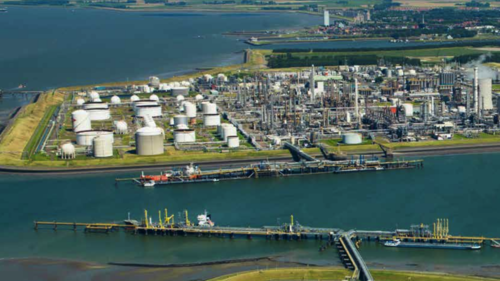 VoltH2 is preparing to build a green hydrogen plant in North Sea Port. To this end, it has signed a cooperation agreement for its construction in Vlissingen.