Tessenderlo Group held a ceremony to mark the construction work that is ongoing for its new liquid fertilizer plant at Borealis’ Grand Quevilly site close to Rouen, France. Its business unit Tessenderlo Kerley International is constructing a Thio-Sul® (ammonium thiosulfate/ATS) manufacturing plant, which will be used as a fertilizer for broad-acre crops as well as arboricultural and vegetable crop cultivation. The investment in Rouen will establish the group’s first Thio-Sul® plant in Europe, which comes in response to the growing demand from the European market for liquid fertilizer solutions that complement sulfur nutrition and limit nitrogen loss. The new plant will provide work for approximately 20 people.

“Both ourselves and our partners are very excited to see the construction of our new ThioSul® plant get underway. The construction of our first European plant for this specific type of liquid fertilizer represents a new milestone for Tessenderlo Group. For the past few years, we have been importing Thio-Sul® from the USA to serve our European customers. Our new facility in Rouen will further enhance the leading position of Tessenderlo Kerley International in the European broad-acre crops market thanks to the improved proximity it will provide to our end customers” explained Geert Gyselinck, BU Director Tessenderlo Kerley International, at this ceremony.

The new plant is expected to become operational in the second half of 2017. The engineering and construction of the plant is being undertaken by LGI (Le Gaz Intégral). The ceremony to inaugurate the construction of the new liquid fertilizer plant of Tessenderlo Group in Rouen was attended by Mr. Stefaan Haspeslagh (Chairman of Tessenderlo Group), Mr. Geert Gyselinck (BU Director Tessenderlo Kerley International), Mr. Guillaume Bachelay (MP Seine Maritime), Mr. Frédéric Sanchez (President of Rouen Métropole), Ms. AnneLaure Marteau (Regional Representative) and Mr. Marc Massion (Mayor of Grand Quevilly).

Tessenderlo Group is also currently investing in the construction of a Thio-Sul® plant in East Dubuque, Illinois (USA). The completion date for this new plant is expected to be in the second half of 2017. Both new plants in Rouen and East Dubuque will enable Tessenderlo Group to further strengthen its position in the Agro business. 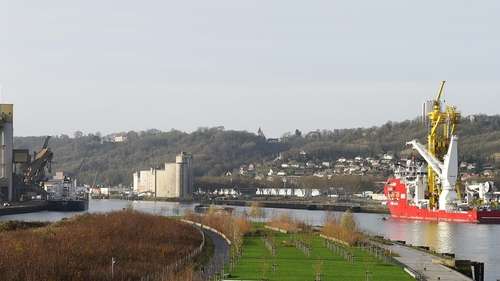 Tessenderlo Group announced that its new liquid fertilizer plant in Rouen, France, has successfully started the production of Thio-Sul® and has already shipped its first products to its customers...