Evonik Industries laid the foundation stone for a new, large plant to produce functionalized polybutadienes in Marl, Germany. The plant, with an annual capacity of several thousand metric tons, is scheduled for completion in the middle of 2013. The specialty chemicals company's investment in its largest production site worldwide is in the mid double-digit million € range and will create 15 new jobs. Functionalized polybutadienes, which Evonik plans to market under the name POLYVEST® HT, are used mainly in sealing compounds for insulated glass windows and for adhesives used in the automotive and electronics industries, for example.

Klaus Engel, Chairman of the Executive Board of Evonik Industries said, “Today, we are laying the foundation stone for a business with outstanding prospects for the future – it is innovative and contributes towards the strong-growth megatrend of resource efficiency. By choosing the production site in the heart of the Ruhr region we are once again demonstrating that industrial production in Germany under competitive conditions is still possible.”

And Garrelt Duin, Minister for Economics in the German state of North Rhine-Westphalia, emphasized, “Our state’s economic policy aims at providing industrial companies such as Evonik with an attractive environment for investment. The chemical industry in particular is a key sector in our state.”

The new plant can make optimum use of the existing infrastructure and raw materials supplies and utilize synergies with the current polybutadiene plants in Marl Chemical Park. Evonik is a leading supplier of polybutadienes and has enormous experience, outstanding technological competence, and strong bonds with its customers in this area.

Klaus Engel underlined that “as one of the world's biggest specialty chemical companies, we back Germany as an industrial location and, with our long-term investments, we are securing our industrial basis here.” In the first half of 2012 alone, Evonik spent €208 million of its total €391 million investments in fixed assets in Germany. Evonik invests in Germany in growth projects such as the new POLYVEST® HT plant - but also in optimizing, maintaining and expanding existing facilities, as well as in completely new products and in research and development.

As Ulrich Küsthardt, Head of the Coatings & Additives Business Unit, explained, “There is great demand for products that help us use resources more efficiently. Especially in Germany and Europe the market for functionalized polybutadienes is characterized by a high level of dynamic growth.” They are used, for example, in double and triple glazed windows and in adhesives for the lightweight construction of vehicles. In the automotive industry, adhesives are increasingly used in addition to traditional welding processes and as structural adhesives for non-weldable composite materials.

With its new plant, Evonik is extending its existing portfolio of polyesters, polymethacrylates, amorphous poly-alpha-olefins and polybutadienes for the adhesive and sealants industries. The Group provides solutions for various applications in this market from a single source. 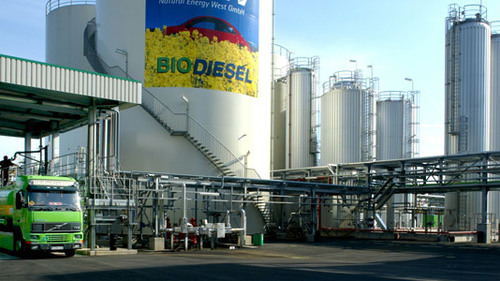