Kokkola (FI)  – CABB Group will invest more than EUR 50 million by 2025 in expanding its facilities at its site in Kokkola, Finland. A new office building is also being constructed. Special attention is being paid to reducing CO2 emissions.

The CABB site in Kokkola is a powerhouse in Agrochemical Manufacturing since 1984 and employs over 250 employees. In a first step, CABB Kokkola commissioned eight new chemical reactors and a new packaging plant in September, thus massively increasing its production capacities. Among other things, the expansion took place in the context of a longstanding supply contract with a new customer from the crop protection industry. Further investments in the double-digit millions are currently being made or in the pipeline, according to Ari Venninen, Managing Director of CABB Kokkola: “The investments in production, infrastructure and our employees show that we can be optimistic about the future – we are very much on track.” This applies to both the chemical park in Kokkola, the largest in Northern Europe for inorganic chemistry, in general and to CABB in particular. Construction work on a new administration building has also just begun. It is scheduled to be completed by the first quarter of 2024 and will accommodate central functions like Health, Safety and Environment (HSE), Finance, Administration and the Supply Chain team. The new building is designed to operate CO2 neutral as for heating will be used the heat captured from manufacturing processes and solar panels will be installed on the roof of the building.

Bringing about a further reduction in CO2 emissions

At the same time as expanding production, CABB Kokkola is working continuously to improve sustainability, in particular by reducing CO2 emissions. Since the start of 2020, the energy for CABB production has been sourced entirely from wind and hydropower. A further important step will be taken by modifying the waste incineration plant that also supplies the majority of the steam required for production. Over 34,000 tons of aqueous and organic waste are incinerated in the incineration plant per year. Depending on the quantity of waste being incinerated, additional fuels are required. Heavy heating oil has been used for this purpose, but this is gradually being replaced by other fuels, including green fuels from different sources. Tests with suppliers have been successfully completed and are now entering into long term co-operation. CABB expects that this change to the waste incineration process will enable it to cut CO2 emissions by a further 6,000 tons per year. 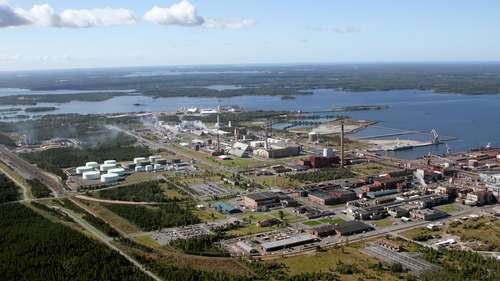 A $200 million investment will be made at Chemours’ Villers-Saint-Paul, France facility supporting global decarbonization initiatives and the acceleration of the Hydrogen Economy