Bayer MaterialScience has opened a new pilot facility for the manufacture of carbon nanotubes (CNTs) at CHEMPARK Leverkusen. The company has invested some EUR 22 million in the planning, development and construction of the facility, which is the largest of its kind in the world and has an annual capacity of 200 metric tons.
By investing in one of the key technologies of the future, Bayer MaterialScience is looking to gain a head start in supplying the demand for a whole host of applications for multi-wall carbon nanotubes, which the company is marketing under the trade name Baytubes®. "Current forecasts predict an annual growth rate of 25 percent for carbon nanotubes. Within ten years, the market is expected to be worth US$ 2 billion," says Dr. Joachim Wolff, a member of Bayer MaterialScience's Executive Committee and head of the Coatings, Adhesives, Specialties segment. "We are also expecting nanotechnology to create a total of 100,000 new jobs in the German industry in the medium term," he adds.

North Rhine-Westphalia is one of the world's leading nanotechnology locations. By opening the new facility, Bayer MaterialScience is once again demonstrating its commitment to Leverkusen and the industrial location of North Rhine-Westphalia. "This project is evidence of the strength of our site here in Leverkusen. We have an outstanding infrastructure, easy access to raw material and power supplies, sophisticated waste management technology and a highly qualified workforce, including specialists," says Dr. Steffen Kühling, head of Production and Technology in the Coatings, Adhesives, Specialties segment of Bayer MaterialScience.

Bayer MaterialScience is one of the few companies capable of manufacturing CNTs of a consistently high quality on an industrial scale. It has been operating a pilot facility with an annual capacity of 60 metric tons in Laufenburg in the German state of Baden-Württemberg since 2007. CNTs are manufactured from ethylene in a reactor at an elevated temperature using a catalytic process. "Under the right conditions, the next few years will see nanotechnology becoming a powerful branch of industry in Germany, offering attractive job prospects, innovative products and competitive solutions," states Kühling.

Baytubes® are a highly innovative modification of carbon. They can be added to polymer matrices or metal systems as a filler or modifier to improve their mechanical strength and impart electrical properties. Potential applications for Baytubes® include thermoplastic and thermoset systems and coatings. When used in coatings for ships, Baytubes® ensure very high abrasion resistance. At the same time they reduce the flow resistance between the ship's hull and the water, resulting in a significant reduction in fuel consumption. Further applications for carbon nanotubes include rotor blades for wind turbines, and sports equipment such as skis, hockey sticks and surfboards.

"Nanotechnology is a cross-sectional technology which can play a role in a variety of different industries and application areas. Its potential uses range from industrial production to energy supply and storage, from information technology to intelligent surfaces, and also to some areas of medicine, like diagnosis or therapy," explains Wolff. Bayer is also playing a pioneering role when it comes to the safe usage of Baytubes® carbon nanotubes, with a comprehensive product stewardship program that supports the safe handling of Baytubes® from production through processing to application and waste management.

Forward-Looking Statements
This release may contain forward-looking statements based on current assumptions and forecasts made by Bayer Group or subgroup management. Various known and unknown risks, uncertainties and other factors could lead to material differences between the actual future results, financial situation, development or performance of the company and the estimates given here. These factors include those discussed in Bayer's public reports which are available on the Bayer website at www.bayer.com. The company assumes no liability whatsoever to update these forward-looking statements or to conform them to future events or developments. 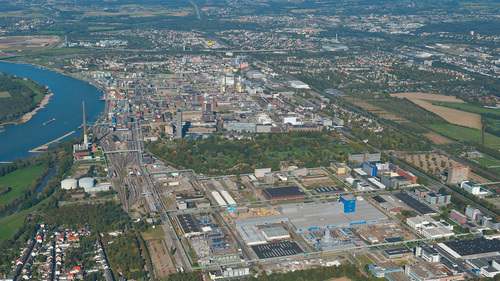