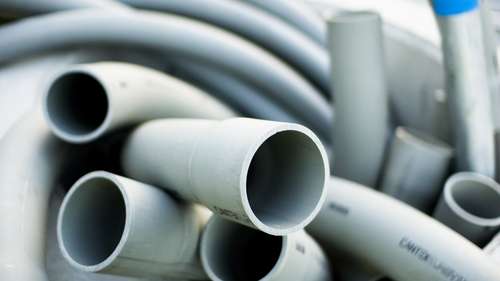 Work on the Lavéra site’s technological conversion project has begun. A cornerstone of KEM ONE’s industrial project, the electrolysis conversion forms part of the company’s equipment modernisation plan. This major construction project, totalling around 150 million euros, will be completed by the end of 2016.
KEM ONE has embarked upon the technological conversion of the chlor-alkali production units at its Lavéra site. This major construction project, on which research began more than a year ago, is now entering its visible stage.

The earth-movers, which motored into action on 8 September, will work until the end of October preparing the 1500 m2 expanse of land destined to accommodate a section of the future facilities. The first equipment will be delivered to the site at the end of the year before a peak in activity on the construction site mid-2016. The project will require around fifteen different trades and several hundred workers and experts until the end of 2016, when the new electrolysis technology is due to be launched.

Thanks to the electrolysis* membrane technology, the best currently available on the market, KEM ONE will improve the quality of its productions and reduce its energy consumption whilst using a procedure which generates less pollution and complies with new European regulations.

The cost of this construction project, which is the cornerstone of KEM ONE’s industrial plan, amounts to around 150 million euros. It forms part of a modernisation plan in which the company will invest a total of 250 million euros between 2014 and 2016 to improve its industrial performance. This goal has already been illustrated at the Lavéra site where in May 2015 changes were made to the production processes relating to vinyl chloride monomer units. This project, which focussed on reusing water produced by the condensation of steam during manufacturing, has directly contributed to the energy efficiency of the facilities.

* Salt electrolysis is the process used to produce chlorine and is necessary for the manufacture of polyvinyl chloride (PVC). Caustic soda is a bi-product of this chemical reaction.

KEM ONE launches the electrolysis conversion project at Lavéra

KEM ONE announced today the launch of a project to convert its diaphragm and mercury “chlorine / caustic soda” electrolysis to the membrane technology at the Lavéra site located in the Bouches du R...