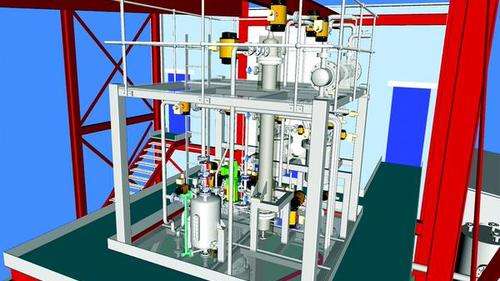 Felling - AkzoNobel is to invest more than €1.3 million to build a pilot plant for coating resins at its Performance Coatings site located in Felling, UK.

The state-of-the-art facility – which will create three new jobs and safeguard a further 28 positions at the site – will provide resin samples for product testing and the possibility to scale up to commercial manufacture. Start-up is expected in the first quarter of 2016.

“In-house resin development is a key part of our coatings R&D effort,” explained Adam Bell, Head of the Scale-Up Team for the pilot plant. “This facility will improve our delivery of large-scale resin for testing, while streamlining the scale-up process from the laboratory through to factory manufacturing.”

Added Gareth Crapper, Manager of Performance Coatings’ Technology Centre at Felling: “Coatings technology and product innovation is at the core of our business strategy, and this new facility will play an important part in that. It also underlines our commitment to the Felling site, which has received more than €30 million of investment during the past five years.”

The new facility was part-funded by the UK government’s Let’s Grow Regional Growth Fund. It represents the latest addition to the Felling location, which is the Performance Coatings business’ largest R&D site worldwide, employing around 300 scientists.