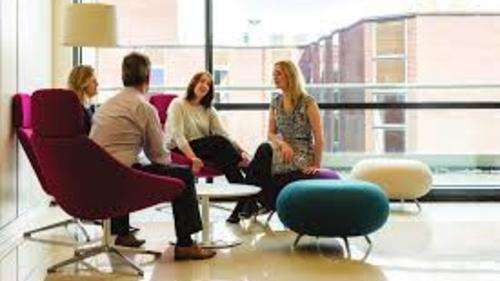 DUBLIN, Ireland - Jazz Pharmaceuticals (Nasdaq: JAZZ) today announced that the Minister for Jobs, Enterprise and Innovation, Ms. Mary Mitchell O’Connor and the Global Head of Life Sciences of IDA Ireland, Mr. Barry Heavey joined the Chairman and Chief Executiveof Jazz,Bruce Cozadd, at a ceremony today to mark the official opening of a new Jazz manufacturing and development facility on a 17 acre site in Monksland in Co. Roscommon, near Athlone, Ireland.  The opening was also attended by local Independent TD andMinister for Communications,Climate Change and Environment, Mr. Denis Naughton TD.

This is the first directly owned, managed and operated manufacturing facility built by Jazz and the  company  has  invested approximately €50 millionin its  development,  which commencedin February  2014  and  was  supported  by  IDA  Ireland.   The  facility  has  recently  secured  full regulatory approval from the United States (U.S.) Food and Drugs Administration(FDA) and the Health  Products  Regulatory  Authority  in  Ireland.   The  company  expects  to  employ  up  to50 people  within  three  years.   Jazz  is  a  global  pharmaceutical  company  with its headquarters  in Dublin, Ireland where  it  employees  approximately  100  people,  and  with  operations  in  multiple cities in the U.S., in Oxford, England and in Villa Guardia, Italy.

Speaking at the event, Mr. Cozaddsaid, “This new manufacturing and development facility is an investment  in  Ireland  and  also  an  investment  in our  growing  global  infrastructure,  which will enable us to more closely oversee and control the process of bringing highquality products to patients.   It  is  particularly  meaningful  for  us  to  open  it  in  Ireland,  close  to  our  global  corporate headquartersin  Dublin,”  said  Mr.  Cozadd.  “We  were  encouraged to  come  to  Roscommon because  of the  excellent  track  record  of  this  community  in  supporting  the  pharmaceutical industry  and  the  pool  of  local  talent  available.   We  would  like  to  acknowledge  the  local community,  the  Roscommon  Country  Council  and IDA  Ireland  for  their  continued  support  and collaboration, and note the  remarkable  pro-business  environment  in  Ireland  that  facilitates investments like this one.”

Speaking at the event, Minister Mary Mitchell O’Connor said,“I’m delighted to be present today to mark the official opening of Jazz Pharmaceuticals’first manufacturing plantin Ireland.  Having a global pharmaceutical company of this calibre establish such a facility in Co. Roscommon is hugely significant, demonstrating serious commitment by the company to the region.  The jobs created when the facility is operating at full capacity will be of great benefitto the local area and economy.”

“Today’s opening and significant investment by Jazz Pharmaceuticals is hugely important for Monksland. It is a testament to the talent and expertise of the people of Roscommon. We welcome the new facility and greatly appreciate the investment and loyalty to the region shown by Jazz Pharmaceuticalsand to the people of Roscommon,”said Minister Naughten.

Barry Heavey, IDA Ireland’s Global Head of Life Sciences said, “IDA Ireland is very pleased to see this significant and strategically important development for Jazz Pharmaceuticals come to fruition.  It demonstrates Ireland’s ability to support manufacturing for this sectorin regional locations and confirms the company’s commitment to expanding its presence in Ireland.”