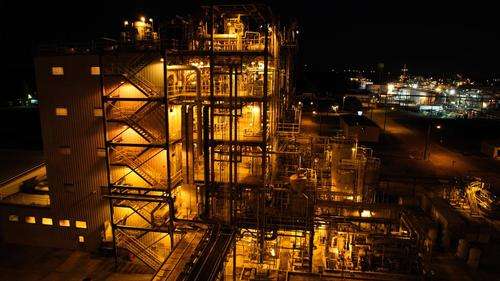 Lyon, France - Solvay is raising its European capacity of hydroquinone by 20%, enhancing the security of supply on three continents and to meet increasing demand for diphenol inhibitors used as additives by the monomer industry.

This capacity expansion at its plant in Saint-Fons, France is accomplished by debottlenecking the existing unit and follows a recent capacity increase in Zhenjiang, China. The project should be fully operational in Q2-2019.

“Solvay is committed to serve its customers’ long-term growing needs in all major regions and this new capacity increase in Europe will allow to continue to reliably supply our full range of monomer inhibitors,” said Peter Browning, President of Solvay’s Aroma Performance GBU.

Hydroquinone is key to process safety, transport and storage for monomer inhibition but also as a monomer itself in Polymer and Coatings applications.

The Saint-Fons Specialities plant in France is one of the 3 plants that makes up Solvay’s global inhibitor production network across Europe, North America and Asia, producing Hydroquinone; MEHQ (Monomethyl Ether of Hydroquinone); TBC (tertiary butyl-catechol) and PTZ (phenothiazine).