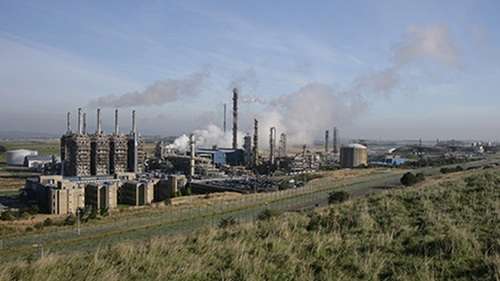 MOSSMORRAN, Fife – ExxonMobil said today it plans to launch a £140 million additional investment program over the next two years at its Fife ethylene plant to upgrade key infrastructure and introduce new technologies that will significantly improve operational reliability and performance.

“These planned investments demonstrate our commitment to long-term reliable operations at the site.” said Jacob McAlister, plant manager at the Fife ethylene plant. “While already one of the most modern plants of its kind in Europe, we are always looking for ways to improve reliability and efficiency through continued maintenance and investment in new technologies. Fife has a long-term future as a competitive asset, contributing to both the local and national economies.”

A portion of the £140 million investment will go toward technologies that reduce the impact of flaring, including a state-of-the-art flare tip, which will reduce noise and vibration.

“We are committed to the highest operational and regulatory standards,” said McAlister. “This investment further contributes to the local economy and across Scotland through job creation and procurement contracts.”

This is the latest investment by ExxonMobil companies in the U.K. In April, plans to proceed with a more than £800 million expansion plan at the Fawley refinery and petrochemical plant near Southampton were announced. In May, a £75 million project to double the capacity of the advanced elastomers production plant in Newport, Wales was completed.

The Fife ethylene plant began operations in 1985 and has a production capacity of over 800,000 tonnes of ethylene a year. Over the last 30 years, it has been a major employer in the area, currently employing over 270 employees and core contractors, with more than 60 percent living within 10 miles of the plant.