Tessenderlo Group's business unit, Tessenderlo Kerley International, held a groundbreaking ceremony today to start construction of its new liquid fertilizer plant at the Chemelot site in Geleen, Netherlands. Tessenderlo Kerley International - which provides liquid, soluble and value-added solid plant nutrients to support growers in achieving efficient and sustainable agriculture - is building a production plant for Thio-Sul® (ammonium thiosulfate/ATS), which will be used as a fertilizer for large-scale crops and for arboriculture and vegetable production. The plant is expected to be operational by mid-2024 and employ about 20 people.

"With the new plant in Geleen, which will be our second Thio-Sul® plant in Europe, we are further expanding our local presence in the market for liquid fertilizers for precision agriculture. The Geleen facility will respond to the growing demand for liquid fertilizers from the European market. These fertilizers supplement sulfur nutrients and reduce nitrogen losses," explained Geert Gyselinck, Executive Vice President of Tessenderlo Kerley International. In September 2017, Tessenderlo Kerley International launched its first European plant to produce Thio-Sul® in Rouen, France.

Loek Radix, Executive Director Chemelot, commented on this milestone: "With Tessenderlo-Kerley we have added another fertilizer world player to expand and complement the existing production at Chemelot. The new liquid fertilizer plant is a great example of the expansion of the ammonia value chain at Chemelot. By using the ammonia produced at Chemelot, there is a positive effect on safety, sustainability and competitiveness and that fits well within the Chemelot 2050 strategy."

Alderman Yvonne Salvino-Meijer (Economy, Sittard-Geleen): "It is a good thing that a renowned company like Tessenderlo Kerley has chosen the Chemelot site. This shows that innovation and especially sustainability and circularity are important for sites like Chemelot and in this way also contribute to the future of the people here in our municipality and in our region."

The engineering and construction of the plant are being carried out by LGI (Le Gaz Intégral), which also built the first Thio-Sul® plant in Rouen, France. 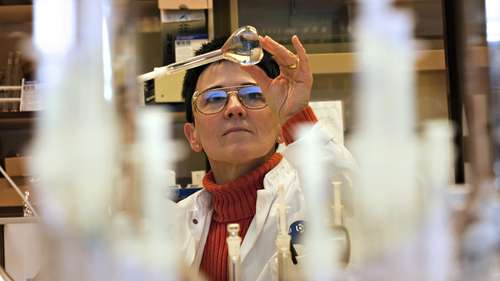