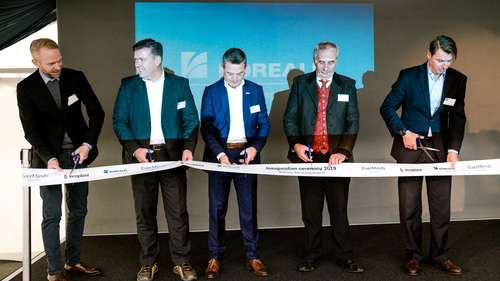 Borealis and Ecoplast celebrated the successful conclusion of a strategic investment at their plastics recycling location in Wildon, Styria/Austria. Ecoplast processes plastic waste from both domestic and industrial consumers into top quality recyclate and now its existing production capacity has been boosted with an ultramodern polyethylene (PE) film recycling line. The new plant improves operational procedures and raises markedly the output of recycled material. It also represents a move that enables Borealis to further consolidate its presence in the plastics recycling field, especially in its home country of Austria.

In August 2018 Borealis acquired Ecoplast Kunststoffrecycling GmbH in addition to mtm plastics GmbH and mtm compact GmbH, one of the largest European producers of post-consumer polyolefin recyclates in Germany. The Ecoplast company in Wildon, Austria, processes post-consumer plastic waste into high-quality recyclate, which is predestined primarily, but not exclusively, for the plastic film market. The current investment was already planned prior to the company purchase.

The investment at the Ecoplast constitutes an appropriate response to rising market demand for recycled material and facilitates a 60% rise in production capacity. This meets the market need for low-density polyethylene (LDPE) recyclate, which is the preferred raw material for film packaging, while securing unchanged top quality levels. With this sizeable capacity increase, Borealis has again underlined its leading position and pioneering role with respect to the furtherance of circularity in the plastics industry.

As Lucrèce Foufopoulos-De Ridder, the Borealis Executive Vice-President Polyolefins and Innovation & Technology, explains, “Borealis sees the drive towards a circular economy as a top priority. The investment at the Ecoplast location is a key step to attain our circular economy solution targets and brings us a step closer to our objective to quadrupling our recycling production by 2025.”

The new mechanical recycling system employs a fully automatic process for the preparation and comminution of plastic wastes, as well as optimized washing technology and improved near-infrared (NIR) sorting steps. Owing to their differing chemical compositions, the various types of plastic absorb the NIR waves and can therefore be classified with a high degree of homogeneity. This not only reduces the amounts of waste, but also raises yield and permits more economic operation plant operation.

“Ecoplast’s key competence lies in the recycling of flexible materials from extremely contaminated household and commercial refuse into a product that is suitable for the production of thin-walled film packaging,” says Lukas Intemann, Ecoplast Managing Director. “The new plant enables us to enhance our recycling capability in both a qualitative and quantitative regard, whereby our customers profit from a significant increase in capacity and a high and above all consistent quality.”