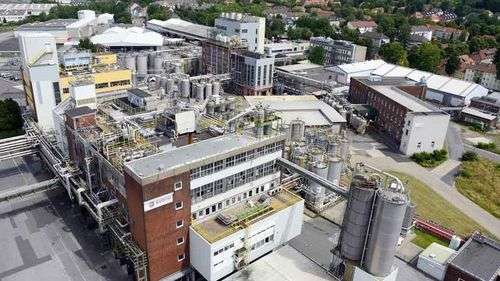 The project is on track to reach mechanical completion by end of November 2017. Following the successful Mechanical Completion the commissioning phase will be commenced and commercial operation is planned to start in Q1/2018.

Polyester based coatings are perceived as a good alternative to substitute the standard epoxy based coating systems to ensure a bisphenol a free food packaging. Evonik has early on anticipated this trend and decided at the end of 2015 to invest in additional capacity to be well prepared to accompany further growth in this market.

Evonik is one of the world’s leading suppliers of polyesters for pre coated metals and reactive hot melts. The company has production facilities at its sites in Marl, Witten and Shanghai. Polyesters from the DYNAPOL® brand serve as binders for paints. In addition to coil coatings, they are also increasingly used for food can coatings well as in flexible packaging. Polyesters from the DYNACOLL® brand are used in reactive hot melts applications.