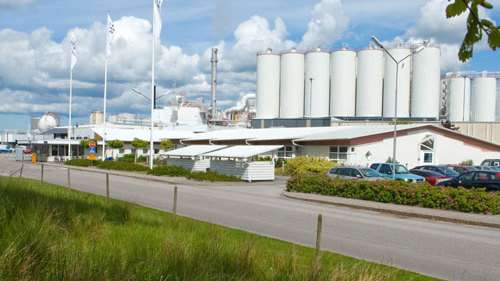 INOVYN has today announced its intention to undertake a major investment to convert its mercury chlorine cellroom at Stenungsund (Sweden) to membrane technology.

Initial design and feasibility studies for the conversion project are under way, with targeted completion of the project by the end of 2017.

Converting the chlorine plant at Stenungsund to the most modern membrane technology forms part of INOVYN’s wider Chlorine Strategy. Through this strategy the Company is already well advanced on the expansion of its membrane chlorine cellroom at Antwerp/Lillo (Belgium), which is due to come on line in Q4 2016. The Company has also previously announced a major investment in a large scale potassium hydroxide (KOH) production facility, also at Lillo, which is expected to be on line in late 2017.

Once completed, these projects will complement INOVYN’s existing high quality membrane based production portfolio across Europe, with assets in Belgium, France, Germany, Italy, Norway and the UK.

Comments Jean-Michel Mesland, Operations Director for INOVYN: “Our project at Stenungsund is another major investment by INOVYN that will underpin the sustainability and competitiveness of our business in the long term.

“This and other investments we are making across our European asset base will deliver our commitment to phase out mercury cellroom production in accordance with European regulations.

“INOVYN is one of the world’s largest producers of chlorine and caustic soda and this investment is a further example of our commitment to providing reliable long term supply to our customers.”