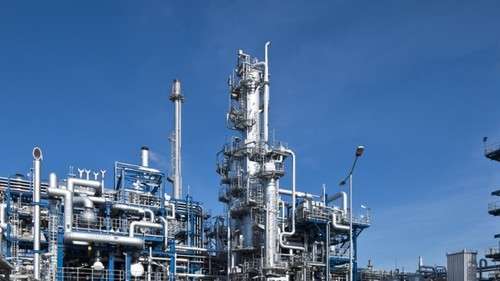 The new SMR, owned and operated by Air Liquide, has an annual production capacity of 22,000 tonnes (3) of hydrogen and 120,000 tonnes of carbon monoxide. According to the long-term agreement signed in 2012, it will supply Bayer MaterialScience with large quantities of carbon monoxide and hydrogen, supporting the company’s ambition for this site to become their European center for TDI production. The chemical is employed in the production of flexible polyurethane foams, which are used to manufacture many everyday articles including mattresses, car seats and upholstered furniture.

The unit was designed and built by the Air Liquide Engineering & Construction teams using leading technologies that ensure the highest standards of efficiency, flexibility and safety while increasing production capacities.

Connected to Air Liquide’s 600 km Rhine-Ruhr pipeline, it will also enable Air Liquide to provide other customers in the basin with hydrogen.

Guy Salzgeber, Vice-President, Western Europe, and member of Air Liquide group’s Executive Committee, commented: “We are proud to have been chosen by Bayer MaterialScience as its technological partner for one of their most important projects in recent years. Through this first major contract in Germany with Bayer, we extend our long term worldwide relationship with this customer. This investment also expands and strengthens Air Liquide’s position in Germany by ensuring highly reliable supply to its customers. Germany is one of the key countries for our Group in Europe, with around 600 million euros of industrial investments in this country over the last 5 years.”

¹ By steam reforming natural gas, a SMR produces hydrogen and carbon monoxide.
² Investment decided in 2012
³ Or 25,000 Nm³ per hour