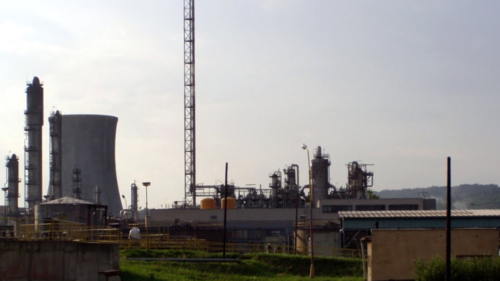 Tortona, Italy -  Biochemtex and Beta Renewables announce they have signed a definitive agreement with ENERGOCHEMICA SE for the construction of a 2nd Generation Ethanol plant and the annexed Energy Block for the generation of power and steam.
The plant, that will be built in Strazske, Slovak Republic , will deliver 55,000 metric tons per year of cost-competitive cellulosic ethanol while using non-food biomass as its feedstock.
The project begins immediately and the start-up of the plant is expected in the first half of 2017.
The plant will apply Beta’s PROESATM technology. Biochemtex will provide basic engineering, key equipment and technical field services.
“We look at our deal with ENERGOCHEMICA SE as an important step to develop second- generation bioethanol activities in Europe,” said Guido Ghisolfi, CEO and President of Beta Renewables and Biochemtex. “We believe that PROESATM technology will let producers see superior returns on their investments, while meeting the EU targets of 10% renewable energy in transport by 2020. The Strazske plant will be the third in the world based on PROESATM technology, following Crescentino, Italy, and Alagoas, Brazil.”
The plant will use enzymes from Novozymes and yeast from Leaf Technologies.
Novozymes and Leaf Technologies are long-term partners of Beta Renewables and their role is crucial for PROESATM technology.
The Energy Block, by using the lignin produced as a by-product of the PROESA technology, will generate all power and steam necessary to the plant and will sell the additional energy to the grid.

Biochemtex is a global leader in the development and engineering of technologies and bio- chemical processes based on the exclusive use of non-food biomass, as an alternative to oil. Thanks to a partnership with Beta Renewables – company owned as majority shareholder in Joint Venture with the American private equity firm, TPG and the Danish leader in bio-innovation, Novozymes – it realises technologies and plants to produce bio-ethanol and other chemical intermediates. After seven years of studies and a 150 million Euro of investment, Biochemtex developed the ProesaTM process, an exclusive technology platform commercialized by Beta Renewables. In 2012 Biochemtex had an income of 200 million Euros, with 250 employees. The company plans to invest about 180 million Euros in R&D for the period 2013-2018.

Beta Renewables is a leader in the field of advanced biofuels and biochemical compounds at competitive costs. It was established at the end of 2011 as a joint venture between Biochemtex, a company of the Mossi Ghisolfi Group, and the U.S. fund TPG (Texas Pacific Group) with a total investment of 250 million Euro (350 million dollars). At the end of 2012, Novozymes – world leader in the enzymes industry – became a shareholder of Beta Renewables, with the acquisition of 10 percent of the shares, amounting to 90 million Euro. Beta Renewables owns the ProesaTM technology, applied to the field of biofuels and chemical intermediates. Beta Renewables manages the plant in Crescentino (VC), the first commercial facility in the world for the production of second-generation ethanol.

The ProesaTM process is a second-generation cellulosic biomass technology. It takes non-food biomass, like energy crops or agricultural waste and turns it into high-quality, fermentable C5 and C6 sugars. These sugars can then be used to produce biofuels and other petrochemical replacements with a smaller environmental footprint than fuels and chemicals made from oil or natural gas.